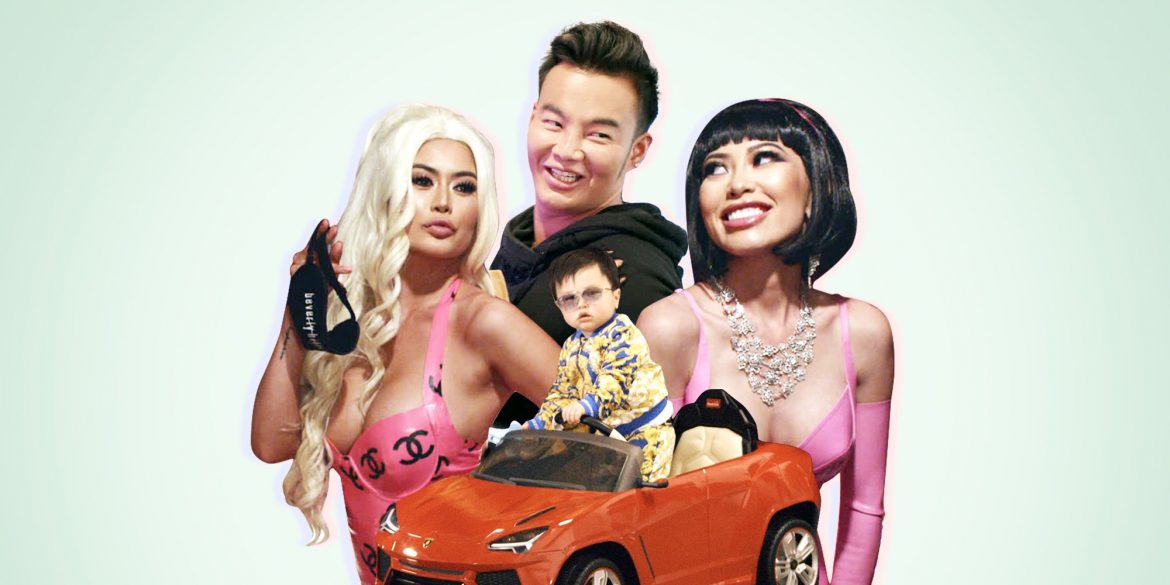 Netflix’s new reality series Bling Empire follows Korean-American model Kevin Kreider as he takes us through the luxurious lives of his group of ‘Crazy Rich Asian’ friends. Bling Empire combines the lifestyle of Keeping Up With the Kardashians with the cattiness and drama of the Real Housewives franchise. However, Bling Empire repackages the very white straight borough of television into an empowering portrayal of Asian-American lives.

New to LA, Kevin functions as the straight man of the show, the middle-class, cheap fashion owning foil to his friends’ insane lives. The ensemble is a fascinating group of ridiculously wealthy and well connected people (not just pretending like *cough* the Real Housewives of Beverly Hills *cough*). Kane Lim is the descendant of a Singaporean real estate development family and a practitioner of Buddhism. Christine Chiu, an LA socialite and couture collector, is married to plastic surgeon, Gabriel Chiu (himself a twenty-something generation descendant of the imperial Chinese Song Dynasty). Japanese-Russian arms heiress Anna Shay is a mother and four-time divorcee with a taste for high fashion and luxury jewelry. Kelly Li Mi, a Chinese-American entrepreneur and film producer, is inwoven in a complicated relationship with “actor” Andrew Gray (known best for his role as the Red Ranger in the twentieth season of Power Rangers). Kim Lee, a Vietnamese-American DJ, has the reputation for being the “Asian Kim Kardashian.” Cherie Chan, a Chinese heiress and former idol singer, partner to Jessey Lee, is the heir to a furniture empire. Lastly there is Jamie Xie, a fashionista and daughter of Silicon Valley CEO Ken Xie.

Each cast member gets his or her own arc that employs the same tired reality TV tropes, but makes for entertaining television nonetheless. That is, until the show tries to pretend that it should be taken seriously. The second half features two storylines that are supposed to be treated with gravitas; Kim Lee wants to reconnect with her estranged father. To this end, Kevin, himself an adopted child who grew up as the son of a white family, arranges for a private investigator to help Lee track her dad down. This scene occurs in the PI’s office. Here in inauthentic man explains to Kim that in the best-case scenario her father is dead. The alternative is that he never wanted to have a relationship with her and she cries (justifiably). You are torn between feeling sympathy, as intended, or cringing at the faux drama inserted into the show for the sake of depth. An episode ago, Kim was throwing her drink on Kevin’s shirt because he thought it was wrong of her to throw Anna Shay’s penis pump away. This unfortunate pattern is overused by the show and occurs at; Cherie’s talk with a man who claims to feel her dead mother’s presence, at Kelly’s session with a Shaman on the beach who asks spirits to download information to his brain, at Kevin’s meeting with a hypnotist where he lies on a couch and is supposedly seeing visions of his biological family. You are not sure if any of this is meant to be taken seriously. The tone of the scenes and the nature of the plot lines make it seem like you must take it seriously although the dialogue and performances are so thoroughly unbelievable.

A lot of run time is devoted to romance troubles. Kelly’s messy relationship with Andrew is a central focus, with the producers going out of their way to show him as a manipulative and troubled controller with severe anger management issues. Kevin’s crush on Kelly and his position as the “protagonist” of the show also further skews the viewer’s perception of Andrew. For a show with seemingly no villains there is a very clear person that the audience is manipulated to root against. Even Christine, catty and shallow, has a tragic backstory and personal troubles that make her a sympathetic figure. Nobody likes Andrew, everyone tells Kelly to break up with him. While everyone loves Kevin and tells Kelly to get together with him. It’s the hallmark of a mediocre show when it’s obvious that producers want you to feel specific feelings towards a character.

Bling Empire is at its best when it owns up to its frivolous nature. Anna’s dinner party feud with Christine over diamonds, Jamie’s Bottega Veneta pouch bag dilemma, the Keep It Tight Party and Christine’s shade, Anna’s Paris excursions, Kim Lee’s wonderful mother. All these are highlights that add freshness to the monotony of reality TV starring rich people. The drama, the fights, the fashion- Bling Empire at least brings these essentials to the scene, although it adds some less-than-desirable elements of its own making to the series as well.

A positive addition to the traditional reality model is the exploration of the cultures to which the cast belong. From Chinese New Year Parties to the Singapore Day celebrations and the Moon Festival, the series tries to incorporate elements of Asian cultures into its relatively American-centric nature. The deeper elements of Chinese filial piety, family relationships, and gender dynamics are also touched upon in a relatively tasteful, yet still somewhat dramatized manner.