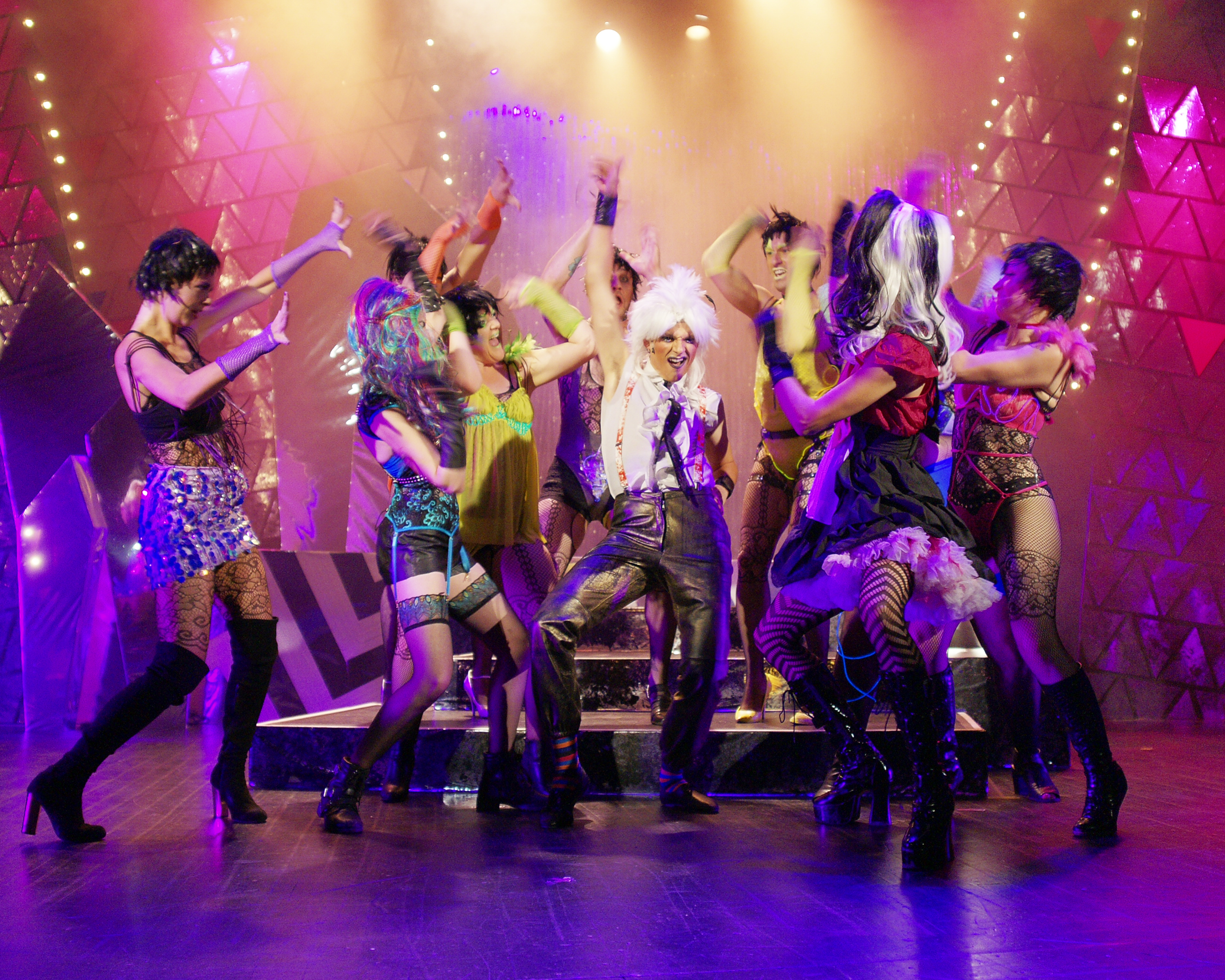 Working on The Rocky Horror Show

I have loved The Rocky Horror Picture Show ever since I was 16 and discovered the 1975 film starring Tim Curry. I thought that it was absolutely bizarre, and though at first I felt somewhat isolated from the material, I eventually warmed to it because of its strong blend of science fiction and promiscuity. Beneath its extravagant and sometimes puzzling exterior, I believe that Rocky is deeply relatable. The audience is invited to explore transformation and awakening alongside the two protagonists, Brad and Janet, while being serenaded by a vast array of colourful characters. When I first heard that The Rocky Horror Show  was going to be included in Hart House’s 2019–20 season, I was ecstatic. I hadn’t seen the film since 2017, but I remembered how much it meant to me and how I had memorized the lyrics of every song because I listened to the soundtrack so often. I knew that I would definitely be buying a ticket for the opening night, and my experience with Hart House’s Rocky Horror turned out to be so much more inclusive, which made me value the production and creative choices even more when I went to go see it. In June (when I first heard about Hart House’s 2019–20 season line-up), I was scrolling through the University of Toronto Student Life website, trying to get a head start on choosing extracurriculars and clubs to join for the upcoming school year when I came across the Hart House Theatre Volunteers section.

I decided that I wanted to be a part of the theatre’s team, so I sent out an email. I got a prompt response back which put me in contact with Hart House’s Education and Production Coordinator, Gillian Lewis. I discovered how heavily the theatre’s productions rely on volunteers, including the actors, which impressed me even more in terms of the production quality which I had seen before in Heathers. I chose to volunteer on the wardrobe-building crew for Rocky, which was a fun and interesting experience because I got to work alongside the costume designer, Kathleen Black. She was extremely accommodating and patient with us, which I greatly appreciated because I can only imagine how anxious it must be to place trust in others (especially volunteers) to bring your own personal designs to life. My favourite thing about working on wardrobe calls was hearing Kathleen explain the logistics behind her designs. Sometimes, she would even show us pieces that weren’t quite finished and talk about where she hoped to take them stylistically and how they would fit the play’s themes and the aesthetic that she was aiming for. Her passion and talent for design are obvious, and I found this to be quite inspiring. The people working on these Hart House productions seem to be there because they love what they do.

I went to go see Rocky Horror on opening night, September 27. This was my first time seeing a live production of the show. Of course, the 1975 film is a classic and as much as I love Tim Curry and the rest of the cast, I almost preferred the live production because of the element of inclusivity and audience participation. Anybody who knows anything about Rocky Horror is aware of the longstanding tradition of heckling at the show. I’ve heard that this is done at midnight screenings of the film, but clearly, it’s an entirely different experience when there are actual actors up on stage who have to deal with sometimes relentless audience members yelling profane things. This leaves opportunities for many awkward moments, but I found that all of the actors dealt with hecklers seamlessly. In fact, the actors’ responses added to the play’s already inherently comical dialogue. The character of Frank ‘N’ Furter, played by Chris Tsujiuchi, and the Narrator, played by Heidi Michelle Thomas, were standouts in this aspect. In fact, Thomas’ unconventional interpretation of the Narrator was one of the show’s highlights. The costumes, which I had worked on, were unconventional and unique. While they were different from the original costumes in Rocky Horror, they still managed to evoke the central themes of the play and included images that were recognizable to every Rocky fan.

The show was risque, of course, but this production specifically took it a step further and was creative about the ways it shocked the audience. All in all, this was a memorable night with amazing performances by the cast members!