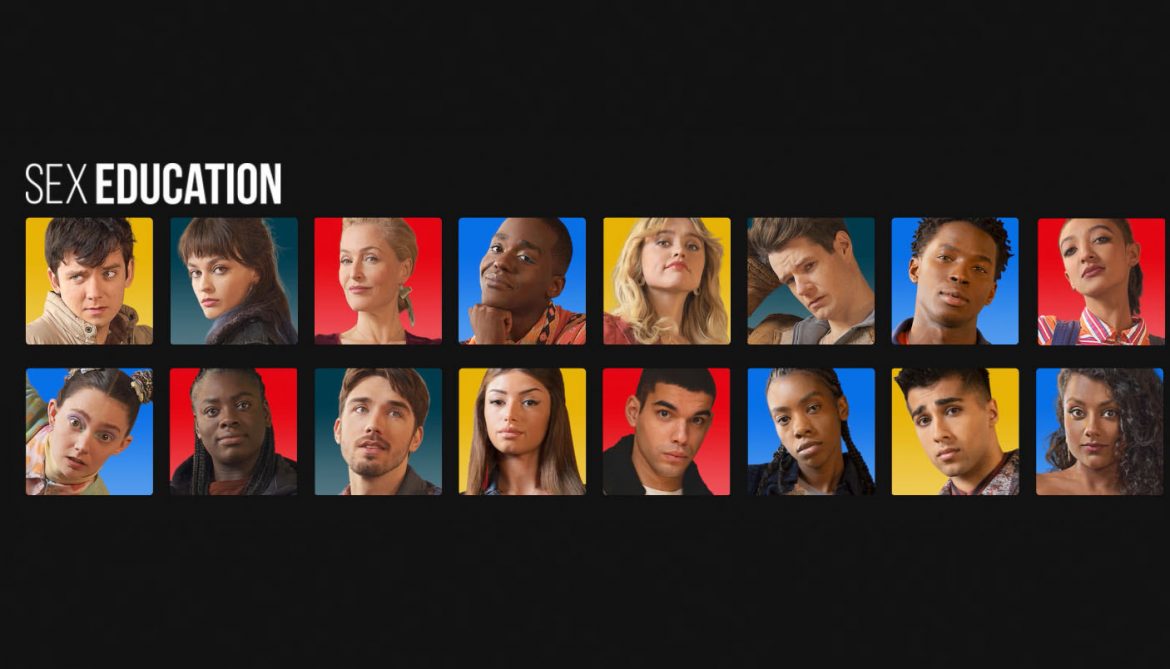 The must-watch show has just gotten much more interesting

The long-awaited and anticipated third season of Netflix’s popular television show Sex Education was recently released on September 17th and it is causing quite a stir with viewers. It’s no wonder; the show is famously progressive for its openness of, yes, sex, and having a knack for proper representation. Here’s what I liked and disliked from this season, and beware of a few spoilers.

I think what we can all agree on is that this show has constantly been able to make its characters vulnerable and thus more relatable for its viewers. Vulnerability was shown in different ways and in various degrees, but in the end, it’s what ultimately saved Moordale Secondary and helped students to further embrace its “sex school” reputation.

Character development is seen across multiple characters and storylines. I also noticed how much focus is placed on secondary characters, which is perceptive and necessary for the show’s storytelling. Sure, the main plot of saving Moordale was important, but the side stories were particularly more gripping and emotional.

Adam (Connor Swindells) takes the cake and becomes an easy fan favourite by allowing himself, other characters, and viewers see him in a different light. He’s becoming more engrossed in queer culture thanks to Eric (Ncuti Gatwa) and gradually accepting himself as well. His relationship with Eric is a steady buildup leading to the sweet release of him saying “I love you,” which was an honest and beautiful moment. To finally witness that experience between them, after they both had their own hardships, was exciting. This scene, like others, was so carefully and properly crafted by Netflix; it almost felt like you were there with them. I was almost brought to tears and, truthfully, I don’t often feel that way when watching a show or film.

Then we have Lily (Tanya Reynolds), who had always felt like a loner. I loved seeing bits of her past and getting a better look at her inner world which created a better understanding of the last two seasons and her one of my favourites. She had always been a vulnerable person by being herself, continuing to even after being ridiculed for so long. I think that part of her is underrated and up until the end it hadn’t been explicitly discussed when it could have.

Jean (Gillian Anderson) was the feminist mom of the year. She was so much more present this season, considering she was a pregnant older mom. When approached by misogynists, which included her own partner, she didn’t shy away from defending her choices. It’s a reminder of how ageism can even exist in this capacity, and this season coincidentally has great timing, being released only a little while after the recent abortion law outrage in Texas made headlines.

And it doesn’t end there. In terms of representation, the show does a wonderful job of having a diverse cast and also representing different communities. Cal (Dua Saleh), the new student, is the first non-binary person of the show and their storyline is new and refreshing. Their relationship with Jackson (Kedar Williams-Stirling) teeters over the problems of heteronormativity in everyday life and the two embark on dismantling Hope (Jemima Kirke) from her position since she was constantly punishing Cal for their expression. It was great to see Cal fight back and ultimately keep their stance in what they believe in.

On the show’s Instagram page, queer writer Temi Wilkey discusses Eric’s trip to Nigeria, a place where being part of the LGBTQ+ community is illegal and according to her, the way this illegality is presented is very realistic. The episode offers Eric’s point of view of the events to show his naivety, but at the same time show Eric embracing his sexuality further and learning more about himself, something he couldn’t experience while dating Adam. I think it was a nice touch, and another way of showing growth, even if it was brief. This episode catapulted Eric into breaking up with Adam, giving us the infamous and touching poem that Adam had so much trouble writing at first. Had this trip not happened, it would’ve taken Adam even longer to figure out who he is and open up more emotionally.

There were two things that I thought didn’t work well this season. One being Hope’s predictability and two, Otis (Asa Butterfield) and Maeve’s (Emma Mackey) continued love affair, if that’s what you can call it in the first place.

It’s clear you’re meant to question Hope’s plans at first and later despise her. Since the season only has eight episodes, it had to all happen rather quickly and not develop as nicely as it could have. Even though the end provided us with a minor sympathetic scene to prove that Jemima’s character is beyond malicious, I would’ve liked it more if it was harder to tell what her intentions were or to be shown more of her backstory or life at home. For the record though, I’m definitely not proposing she’d be a good mom.

Otis and Maeve had continuously tried to meet in the middle only for something to obstruct that goal and this season was no different. However, I think there’s a limit to it. This trope of will they or won’t they has been repeated too many times for it to be novel and capitating for audiences. It’s instead become boring and trivial against all the other events and stories of the show, and it’s like you don’t exactly care as much anymore. I think Netflix could have avoided this feeling among viewers if they had the pair date last season and create problems now to give it a twist. Their moments near the end were sweet, and fans of their relationship still exist, but if all other areas of a show are to be revamped and progressive, maybe some tropes should be changed as well.

As usual, the show is never short on incorporating sex itself, and I think this season did even better in providing a means of showing people how to be more open with the topic and with their own sexualities. The opening scene was trending for some time for its explicitness, but I think that’s the point! It started with a bang and continued to be an emotional rollercoaster. I think teenagers (and adults) can benefit from this show because of how it normalizes talking about sex and sexuality, both of which are essential and ordinary aspects of human life. And remember, all vulvas are unique (AVAU). Thanks Aimee.

Even if we are living in 2021, there are still so many ways sex is shunned. We’re not living in a repressed world anymore, at least we shouldn’t be. I think all these themes from this season toppled together offer a fresh perspective on what it means to properly be expressive, sexual, and most notably, vulnerable.