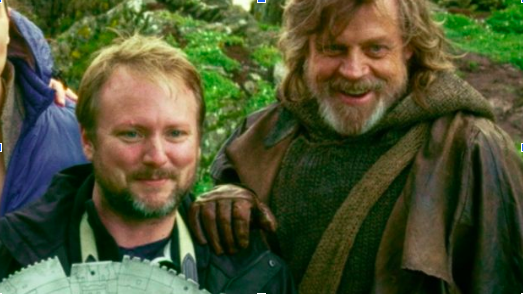 It was December 19, 2019: the day my friends and I had been eagerly anticipating. It was the day that would “conclude the Skywalker saga,” as the movie advertised. The Rise of Skywalker would mark the end of a movie series that we all held dear. We showed up to our local theatre, lightsabers in hand, wearing makeshift Jedi robes that we would never admit were just bathrobes. After watching, we all agreed the film was a gratifying and entertaining experience. However, we all had that feeling deep down that something was off (a disturbance in the force, if you will): that the Star Wars franchise we adored was going in a new direction.

George Lucas, a visionary in his own right, released A New Hope in 1977. It was the first movie of the Star Wars franchise, acclaimed for bringing innovative special effects to the big screen like no sci-fi movie ever before. Since then, Star Wars has remained a franchise that has introduced cutting-edge special effects and engaging “space opera” drama. This tradition continued after the original three movies with the prequels. The prequels were some of the first blockbuster movies to be shot completely with CGI backgrounds and characters. Although these effects do not look good, even back then, it continued Star Wars’ ingenuity as a franchise. The main problem with the new sequel trilogy can be pegged down to Disney not taking enough artistic risks, as its predecessors did, instead sticking to a formulaic storytelling style made to please fans.

Once Lucasfilm was bought by Walt Disney Studios in 2012, valid concerns arose as to how Disney would portray Star Wars for a new generation. After watching the new trilogy unfold, it seems like the answer is throwing millions of seemingly unlimited Disney-dollars to make visually stunning set pieces and mark it up as a success just as long as they sell enough merchandise. Disney has corporatized Star Wars, there is no doubt about it. The overarching story of the trilogy is uninteresting because every character is void of personality and growth. This claim is primarily due to Disney deciding to break the trilogy up between two directors, J.J. Abrams and Rian Johnson. It was really an intriguing mess. The two directors had only two things in common pertaining to their Star Wars movies: they both forgot how to write characters, and they hated each other’s ideas for them. The Rise of Skywalker seemed to negate all of Johnson’s ideas in the previous movie in the trilogy, The Last Jedi.

The most notable of these weak characters is Kelly Marie Tran as Rose Tico, a republic maintenance worker. While Tran is a very talented actress and her performance is entertaining to watch, unfortunately Rose’s importance in the plot of The Last Jedi distracts from the focus of the film, Rey’s Jedi training, and was given poor direction by Johnson. Additionally, Tran received unfair public backlash online for both her character direction and totally unnecessary personal scrutiny. Both Disney and the directors were more interested in building the Star Wars brand than bringing the saga to a satisfying close. Disney tried to add commentary to original characters such as Luke, Leia, and Han, but could not match the enthusiasm and heart that George Lucas brought to his own vision. Star Wars has become a corporate operation to sell toys and give fans enough lightsaber fights to keep them from outrage.

As I am both a Star Wars fan and a film critic, I found that Disney’s new trilogy of Star Wars movies was underwhelming in both regards. The storylines were incoherent; the movies treated me like an intolerable child, enjoying Star Wars purely for nostalgia. The franchise has not taken any interesting new directions, but instead relies on previous tropes established in better Star Wars films. Here’s hoping that Disney’s future endeavours with the property are more artistically inspired.