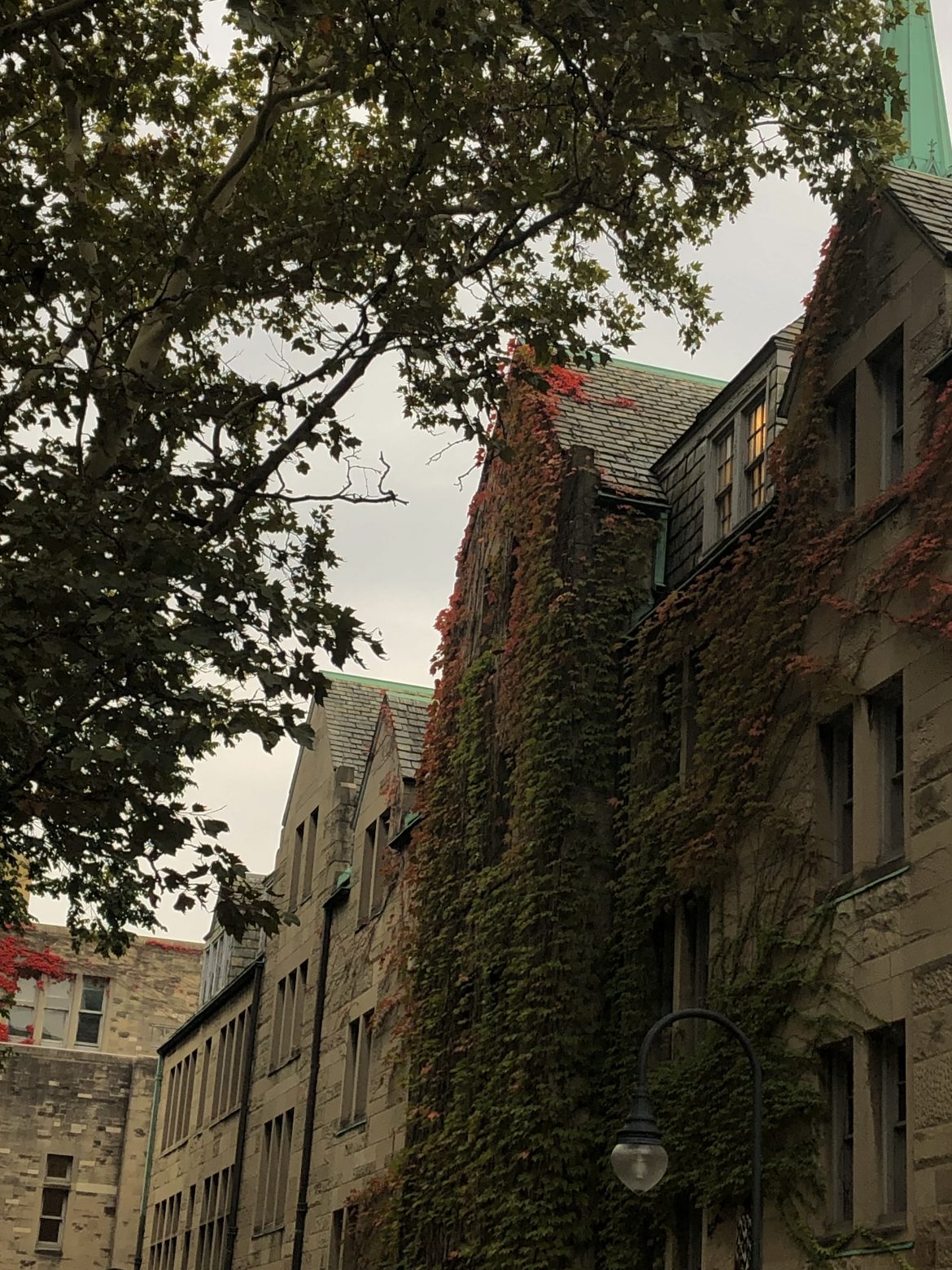 Even though it’s located close to the heart of downtown Toronto, the campus of St. Mike’s is rarely visited by students who are not either in the college or taking a class there. It’s quite a shame because, personally, I think it is one of the most beautiful places to be during the transition between fall and winter.

As someone who loves to take photos of ‘pretty places,’ my jaw dropped as I walked around St. Mikes a few weeks ago with fall in full force,  the leaves beginning to change. First of all, I think the layout of the campus in general is perfect and allows for really cool compositions to be made (I mean there are always movies being filmed here for a reason). The greenery and the mass amount of trees mixed with the old brick buildings in the quad create a fun contrast that is juxtaposed many times in photos that I take. I also love the fact that various rays of light shine in through different crevices between the trees and buildings. I use lighting to create cool dynamics in a lot of my photos, so I thought this was a nice touch when photographing St. Mike’s campus.

Basically, I wanted to frame St. Mike’s as a cozy part of the U of T campus that feels like home, because even though I have only been here for a few months, I do consider it a home. Usually, when I am out and about during the day, I always have my sunglasses. They create a dewy and warm filter over whatever I am looking at and make wherever I am feel cozy and warm. Therefore, I put the lens of them over my camera to create that same effect for the photo — giving the exact same perception of campus that I have when I am walking through it every day. When editing, I bump the warmth of the photos to have that same effect.

Even though the transition from fall to winter is, in most ways, very depressing,  there can be some beauty in watching the places that we frequent adapt and come into the new season.