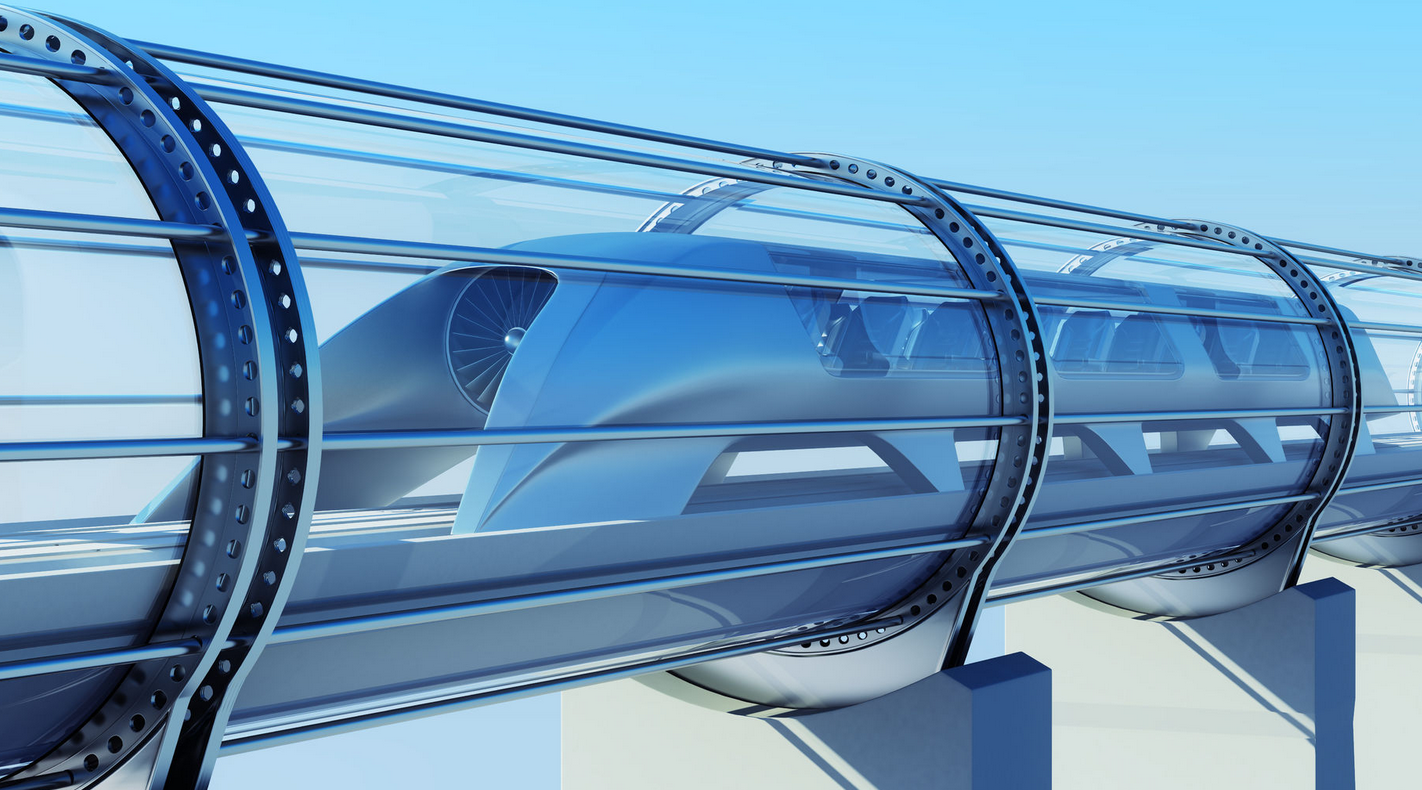 In current society, there is no doubt that transportation plays a huge role in keeping people connected. Finding a faster, cheaper, and safer way of mass transportation has been a topic of interest all over the world. Recently, a concept has reappeared to the public’s eyes — vacuum tube transportation. The design is based on a very simple concept: to reduce air resistance and drag created by vehicle body. We know that when a vehicle speed exceeds 85 km/h, resistance created by a mechanical issue is not the one that’s slowing the movement down, but a drag created by the air. That’s why modern cars also need to take aerodynamics into consideration. The same with trains; when we try to design a fast-moving metal box, we create trains like TGV, ICE I, CRH, and Shinkansen. These train designs all take aerodynamics into consideration. Yet this approach has its limitations, as there is only so much we can do to improve train shape to make it stable in high speed and effective in puncturing through air. So, what should we do?

Unlike road vehicles, trains run on a fixed path. However, this raises the following question: Why don’t we just remove air from the start? After all, if there is no air, there is no drag. This concept was first introduced in 1799 by George Medhurst, and was since then discussed as a “futuristic concept transportation,” as they imagine that in the future, technology will solve every problem that prevents putting this form of transportation to daily use.

Here, I will be debunking this myth. This type of vehicle should and will remain in science fiction, since neither technology nor society are ready for this thing to work.

The first thing we face is to create a tube that can hold the train with all its rail components inside. Currently, our train’s dimension, using standard 1,345-millimeter rail, is around 3,150 millimeters by 4,280 millimeters (cross section, universal cart). This is taking into consideration that people can walk around in the cart and have a reasonable comfortable space. To contain this size cart, we need a tube that has a radius greater than 2,657 millimeters without taking rail into consideration. Let’s say the rail is special and requires only a layer of smooth surface; the radius of the tube is still going to be near 3 meters. This is a HUGE pipe. However, it seems that the train will have passengers sitting on their chairs at all times, and have less head room than an airplane. This will reduce the size of the tube and increase the uncomfortableness of riding in the train. Claustrophobic much? Also, seamless tubes cost a lot more when they come in larger diameters.

Even if we got the tube, based on the concept, we need to get most of the air out of the tube to reduce drag. With a tube that is going to stretch hundreds of thousands of kilometers, that is a lot of air to be removed.

Propellant is also a challenge: magnetic levitation methods like maglev was the initial idea. However, since air caster is not helping the train with lifting, a lot of work load is applied to the levitation system to keep the train floating and moving forward. It is possible, but based on the current existing maglev system, we can’t say much hope can be put into this.

Maintenance of the entire system will also be considerably harder and expensive, since all parts are enclosed in a vacuum. If one section needs repair, the whole system needs to shut down, as people can’t work in vacuum. Even if we put those workers in space suits and add air lock to the tube (which can let the train continue running), the darkness in the tube and fast-moving trains are still hazardous. Not to mention the correction to the tube by natural occurrence; as the tube wall gets thinner, the huge pressure difference between the tube and outside can cause a huge disaster.

Speaking of disasters, the rail is almost the perfect place for an accident to happen. With a high vacuum and enclosed environment, the tube obstructs rescue. If there is an accident, passengers will suffocate in minutes. For that reason and more, although the idea of vacuum tube transportation sounds rosy, I believe that this technology will not be commercialized in the near future.