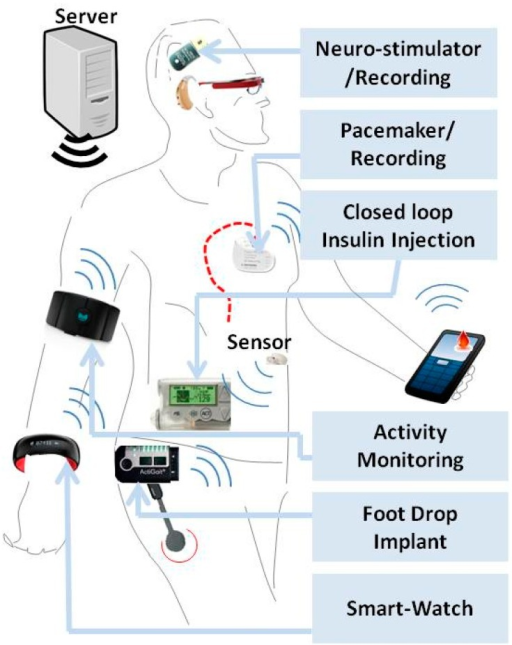 Point-of-care (POC) devices are a new frontier of medical devices that bring medical diagnosis to doctors, homes, and the far reaches of the world. These devices are developed to empower people in any educational background to gather their own biometric data. An arsenal of POC devices have been and are currently under development for different applications. By taking advantage of the current advances in nanoelectronics and nanofluidics, engineers are able to shrink the device into a portable system. The result is devices with different functions that come in different shapes and sizes.

One form of these POC devices is a wearable smart watch, such as Fitbit, Apple Watch, etc. Technology has enabled engineers to jam heart rate monitors and other biosensors into the super portable form factors. Other companies have invested their technology into other biosensors; to name a few: glucose-sensing contact lenses, tattoos to monitor muscle activity and body temperature, and alcohol monitors. These portable forms of gathering biometrics are becoming more popular as they can collect data without interfering with the daily schedule.

A more common setting for a POC device is sitting at the doctor’s office or at home. They gather information that doesn’t need monitoring on a daily basis, such as disease and virus tests. They test for a specific pathogen, but results usually appear in binary. Hence, POC devices cannot replace the doctor. Instead, they assist the doctor in making faster and more accurate conclusions. Traditional pathogen tests require the doctor to draw blood and send the samples to test centers, but in POC devices there is no transportation time, allowing for a timelier result.  With the emergence of personalized medicine, POC devices may assist doctors and pharmacists in determining which drug is more effective for a patient.

Currently, POC devices face many challenges; most of these challenges are similar to those in sensors and assays. One factor that needs to be considered is specificity because it describes how accurate the test is against false positives; this is always a challenge because molecules exhibit similar characteristics and they may be able to trick the test in thinking something is there when there really is nothing. Sensitivity of the test is also another factor that needs to be considered. It measures what concentration of sample needs to be present to turn the test into a positive result. Sensitivity and specificity are usually trade-off metrics, meaning increasing one will reduce the other. So sensitivity and specificity of a device must be tuned to a specific application.

In addition, medical devices face a higher level of scrutiny for good reason. There are rules and regulations that protect the public from gathering false data about their health. But innovations in the realm of biosensors are giving POC devices a good run. At the University of Toronto (U of T), many labs are designing POC diagnostic devices. One lab that has gained a lot of ground in this area is the Wheeler Microfluidics Lab; it is testing its POC devices in developing countries in hopes to aid medical staff in the diagnosis of different diseases.